What type of vehicle is cheapest to insure? There are lots of myths out there about what kind of car or truck will cost you more or less to insure. Most Ontarians would assume that a sports car will come with higher premiums, especially a red one. Not necessarily true. We also think that the bigger and more expensive the car, the more we’ll pay for insurance. The fact is that there are some general rules you can follow, but the biggest factor is how likely you are to be injured in an accident, not the value of the car.

With insurance premiums always seeming to go up, many Ontarians are looking for ways to keep their premiums as low as possible. In that sense, there are some factors that you just can’t control, like the number of speeding tickets already on your record, and others that would require too big an effort to be worthwhile, like moving from Toronto to Sarnia. One factor that is in your control, at least once every 4 to 10 years when you’re in the market for a new ride, is the kind of car you drive. But before you assume that the cheaper the car, the cheaper the insurance, let’s get this out of the way. The value of the car is a factor, but it’s definitely not the biggest factor. And there are countless examples where the cost of buying up to a nicer model can be offset significantly by the resulting premium savings.

How do premiums for different vehicles compare?

Show me the data

Premiums by type of vehicle

What should I look for in general?

Generally, the cost of injuries if you should get in an accident is the biggest factor in how much a given vehicle will run you in premiums. Now ask yourself this question: If a Ford F-150 and a Honda Civic collide, which vehicle would you rather be in? Most people would correctly pick the truck, and they’d be right. Because of its weight and the fact that the driver and passengers ride higher up in the pickup truck, passengers in the truck are much less likely to die, and much less likely to have serious injuries in an accident. The statistics bear this out. After that, of course, you also want to look at specific safety features like side airbags, lane departure sensors and other collision avoidance technologies. In terms of overall insurance costs, these features will generally save you some money, but not as much as you might think, given the added time, complexity and cost involved in repairing vehicles with cameras and sensors built right into every bumper, windshield and mirror. But hey, it would be wrong to tell you that the price of the car doesn’t also matter. It does. Harpreet, who would pay $1,797 a year to insure a Honda Accord EXL (MSRP $36,965), would pay $3,458 to insure a BMW 750i xDrive (MSRP $126,840).

But what exactly is the difference in premium from one car to the next?

Nobody publishes a list of how much it costs to insure the different cars on the Canadian market, because the reality is that you can only arrive at a final premium after you combine the details of the vehicle with all the other factors, like your address, driving experience, tickets, at-fault accidents etc. The closest thing is a document published yearly by Insurance Bureau of Canada called “How Cars Measure Up”. Using claims data from the insurance industry, this guide shows you how a particular vehicle compares to others in terms of the cost of different kinds of claims: Accident Benefits (AB), Direct Compensation – Property Damage (DCPD), Collision and Comprehensive. Using colour coding, you can see if the vehicle is average (yellow), below average (green) or above average (red) in terms of claims costs. Pay particular attention to AB and DCPD because these coverages are mandatory, but of course if you’re buying a new car and want full coverage, they will all affect your final premium. If the vehicle you have your eye on is marked green, especially under AB, which is about injuries, then not only are you buying a car that will likely keep you and your family safe, but you’ll probably save a couple bucks as well.

Every car that is replaced by a pickup also means that there’s an additional 1,680 lbs of moving metal on the road. It’s easy to be lulled into thinking that larger vehicles are safer, and it’s definitely true in terms of crash test results, which tell us that you’re 2-3 times more likely to die in a car vs. in an SUV. But those results measure the safety of the passengers inside the vehicle. There’s no data on how much more damage those larger vehicles do to other cars in a collision. It’s interesting to note that the IIHS says, …a heavier vehicle will typically push a lighter one backward during the impact. As a result, there is less force on the occupants of the heavier vehicle and more on those in the lighter vehicle… So it’s possible that these larger cars could be causing more serious harm to passengers in other vehicles. The reality in the auto insurance market is that individually, you’ll pay a lower premium for most pickups than you will for a hatch-back. That’s mostly because the occupants of the truck are less likely to get hurt. It’s harder to determine how larger vehicles affect overall claims costs – and therefore premiums, but it’s certainly one factor that deserves consideration.

OK, so how much for my car?

Your vehicle can make a significant difference in what you end up paying for auto insurance, but not nearly as much as your age, where you live, and your driving record. The only way to get an accurate and competitive price for your auto insurance is to call your broker. If you don’t have one, how convenient, we happen to have a few, and they’re fantastic! A 15 minute call will probably get you at least a dozen quotes. A couple of those are going to be just right for you. We’ll be expecting your call. How Much to Insure Canada’s Cheapest Cars?

If you are considering buying a vehicle on Auto Trader’s list of Canada’s cheapest vehicles, you should know that the

How Much Does it Cost to Insure Canada’s Top Ten Vehicles? 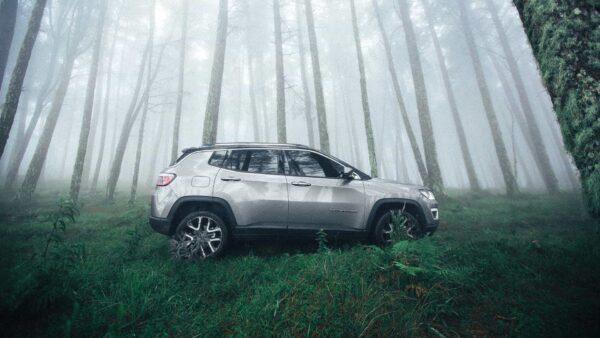 Ontario has about 12 million registered vehicles and only about 11 million people who are currently of driving age. Long