Small SUVs took a beating in a tougher side crash test carried out by the Insurance Institute for Highway Safety (IIHS). The 2021 Mazda CX-5 was the only one out of 20 vehicles tested that was deemed safe enough to earn a “good” rating. Interestingly, insurance rates for the vehicles in question don’t reflect the findings of the new test.

The safety of small SUVs, including best-sellers like the Ford Escape and the Hyundai Tucson, is being called into question after sub-par results in tougher side impact crash tests. With side impacts accounting for 23% of passenger vehicle deaths in the U.S., the IIHS, an American non-profit, designed a new side impact test that more accurately simulates real-life crash conditions.

The results of the more realistic test suggest that most small SUVs are not as safe as they could be, with only the Mazda CX-5 retaining its “good” rating from previous tests. The Honda HR-V and Mitsubishi Eclipse Cross received a “poor” rating, and the rest were deemed either “marginal” or “acceptable”.

Results of side impact crash test

What’s different about this test?

The barrier also has a honeycomb striking surface that acts more like a real SUV or pickup truck hitting another vehicle.

So while all 20 small SUV models got good scores on the old test for structural integrity, this new higher energy test saw only half of them retain an acceptable grade in that regard.

What exactly is the problem?

The new, high speed, high impact tests revealed that when the front of a pickup truck or larger SUV strikes the side of the vehicle, it wraps around the so-called B-pillar. The B-pillar is the beam rising from the frame between the front and back doors.

So even when the B-pillar withstood the impact, depressions formed in the front and rear doors, compromising the seating area, or occupant space, and crushing in on the area of the crash test dummies’ pelvis and chest in most models.

In the HR-V, which performed worst in this new test, the B-pillar actually began to break away from the frame, allowing the entire side of the vehicle to crumple inward past the centre of the driver’s seat.

How will this impact the design of small SUVs going forward?

What this means is that in future models of small SUVs, manufacturers are going to have to strengthen the horizontal door beams along the length of the vehicle to reduce that intrusion into the seating area. They will also have to adjust the air bags to provide more coverage and protection to the chest and pelvis.

A study done in 2011 that reviewed 10 years’ worth of crash data revealed that a driver of a vehicle with a “good” rating was 70% less likely to die in a side impact crash. The new, more stringent standard should improve on this number. “Good” news for CX-5 drivers. Maybe a wake-up call for the rest of us.

In a word, no. See the quotes below.

We used our online auto insurance quoter to run quotes for each of the 20 vehicles in question, using 2 fictional drivers:

We chose one rural and one urban postal code because we wanted to account for less traffic and thus possibly higher speeds in Cornwall vs. Toronto.

All quotes assume full coverage, a winter tire discount, and a $1,000 deductible. All of the SUVs used for the quotes are 2021 models, except the Mitsubishi Eclipse Cross, which is a 2020 because the 2021 was not sold in Canada.

We found no correlation between the new safety ratings and the premiums being quoted by insurers. The only SUV with a “good” rating got the 6th best quotes, but the two vehicles with “poor” ratings got the 3rd and 8th best quotes. There wasn’t a huge difference between the ranking of the Toronto quotes and those from Cornwall.

Of course, side-impact collisions only account for a small portion of overall claims, so clearly other factors have a greater influence on premiums. This should make you feel better if you drive one of the SUVs being tested. If the safety concerns were leading to significantly higher injury rates in the real world, you would see that reflected in the cost of claims, and consequently, in premiums.

Hopefully the tougher side impact tests can help manufacturers find ways to improve safety in future models. In the meantime, whatever vehicle you drive, if you need insurance, we’ve got you covered. Whether you have insurance and want to look for better rates, or you’re considering your next ride, give Mitch a call at 1-800-731-2228 today. We can’t be beat on price, and we’ll give you the best advice so you know you have the right coverage.

Speak with a Mitch Insurance broker today to get a quote on Ontario auto insurance. Learn more There are times when we have no choice but to entrust our fate to others. We pray the attending surgeon It is starting to feel like spring is really coming, especially when we have to spring ahead to Daylight Savings 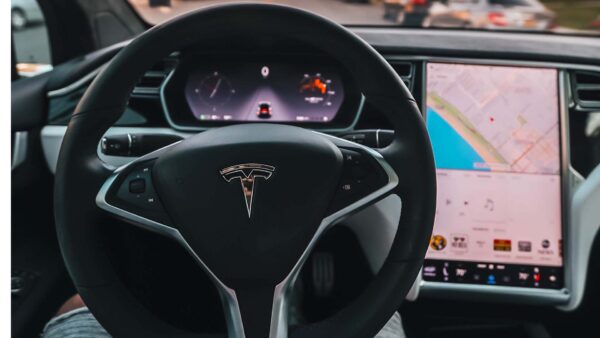 A Lighter Look at Self-Driving Cars

Carrie Underwood probably didn’t have self-driving cars in mind with her reverential plea, “Jesus take the wheel,” in the hit