What you need to know about the sikh motorcycle helmet exemption 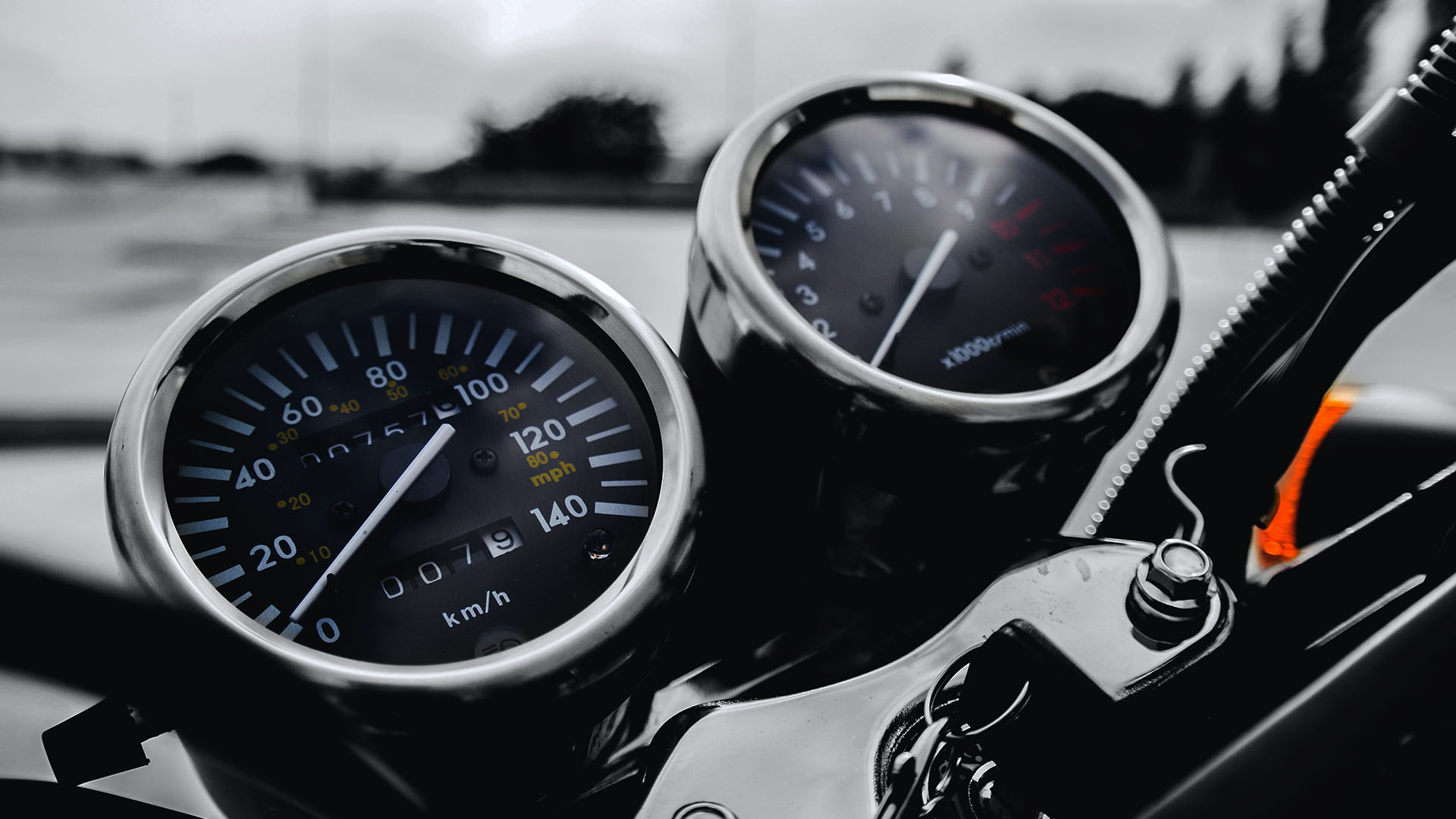 Motorcycles have been in the news again in Ontario, with the government announcing that motorcycle helmets will be optional for Sikh riders in the province.

Sikh riders have been lobbying the Ontario government in recent years to allow this exemption, as it’s not possible to wear a motorcycle helmet and a turban at the same time. On October 18th, Ontario joined Alberta, B.C. and Manitoba in allowing sikhs to ride helmetless.

This exemption includes very specific legal requirements, and does not excuse other riders from wearing approved motorcycle helmets when riding on public roads. It’s important to note that it is not enough to simply say you are a Sikh to qualify for the exemption while riding your motorcycle in Ontario.

To go without a motorcycle helmet in Ontario, a rider or passenger must:

What’s going to happen to motorcycle insurance if people don’t have to wear helmets?

First off, it’s important to remember that the helmet exemption is only for a specific portion of the riders on the road. Canada is unique from our neighbour down south, in that we have mandatory helmet laws across the country. As a result, there’s a lack of recent data comparing Canadian helmeted and unhelmeted riders.

In contrast, most states in the US have optional helmet laws, and safety statistics are more readily available. In the states with mandatory helmet laws, there are statistics demonstrating fatality and injury rates.

“Riders wearing helmets are estimated to be 37% more likely to survive a crash than those who aren’t.”

This data demonstrates that riders wearing helmets are estimated to be 37% more likely to survive a crash than those who aren’t. To put it in perspective, if there were 100 riders who died not wearing helmets, 37 of them would be expected to survive if all 100 were wearing a helmet at the time of a crash.

This means that while helmets do not guarantee surviving a motorcycle crash, they do increase your chances of surviving significantly.

A common question on motorcycle forums discussing this news, is “What’s going to happen with motorcycle insurance? Are people who use this exemption going to have to pay more?”

The government has not yet made any comments on if the helmet exemption will impact motorcycle insurance for Ontario riders. While it’s been shown that motorcyclists are safest when they wear helmets, the Financial Services Commission of Ontario has very specific rules and regulations as to what can be used as a rating factor. Currently, there aren’t any rating variables for riders wearing helmets or not, as helmets up until now, have been required for all riders. As any rider not wearing a helmet under this exemption will be doing so for religious reasons, it may be argued that any rating based on using this exemption may fall under the prohibition from FSCO on rating based on a person’s religion. If this is the case, rating based on the helmet exemption would not be allowed, despite the increased risk of injury.

So the question remains: Will the government allow insurance companies to rate based on riders wearing helmets in order to have their premiums reflect the increased risk, or will the increased risk be spread amongst the motoring public? Let us know what you think will happen in the comments below.

My guess is that the regulator will steer as far clear of this as possible. If I’m not mistaken, in order to rate on this, the insurer / broker would first need to ask a question along the lines of: “Are you going to be wearing a helmet?”. From this, the insurer could infer that any cases where the answer is “no” are a clear indicator of Sikh religion. A regulator might then be concerned that the insurer would use this as a proxy to rate for other factors such as geographical area. The regulator has never seemed to be that interested in making sure insurers are contented, so for something as minor as this, I would assume they will just sidestep the whole issue?

This is the most foul thing to happen to motorcycle insurance ever. The statistics are there to show that not wearing a helmet puts you in immensely grave danger of being injured death or decades of rehabilitation. Why should I as a responsible motorcycle rider have my rates increased because you know they will be increased due to this religious exemption. If you refuse to wear a helmet you should be refused motorcycle insurance Period!

The helmet law should be changed for all or none. If for all, then individuals should be rated as to whether they will be wearing a helmet or not. No discrimination card involved.

Just found out about this change to helmet law.regulation in Ontario. Since my kids young age we always made sure that they wear head protection while riding their bikes and quads not because it’s regulation but because helmets will protect them from major head injuries in the event of an accident. The question is simple..do we encourage safety first or not. By making this change we are walking away from safety first and the insurance premium increase will be share by all as no political party will ever have an appetite to play in this field. Only one choice make the law optional to wear a helmet like in some states. That way it’s your choice and won’t create two class of society or any discrimination.

This is wrong on so many levels

I tend to agree with Mr. St. Amand. I personally have been wearing a helmet, full coverage since 1970. Why, because I have the sense to realize full coverage offers better protection than any other style of helmet. I believe that we should have the choice to wear or not to wear regardless of religious, political or racial situation. If your choice is to not wear a helmet then you must declare it to the insurer and thus allow them and the provincial government to restrict any compensation for head injuries incurred to no more than $20,000.00 (just a figure thrown in for discussion) for repairs and therapy that may be required should the non-helmet wearing rider be in an accident. The current law simply adds fuel to a fire that is already burning when we should be working to equalize all people.My position is simple, we should have the right to choose but must also be willing to pay for the courage of our convictions.

I cant believe the ignorance of people that left comments against this.

Please do some research and look up Sikhs in the world wars they fought along side the Allies and wore their turbans in war. It is part of the identity of them.

Where is the ignorance? Do you not believe in helmet laws, or just not for Sihks?

‘@Huh? watch this and you may get a glimpse of what turban is. https://youtu.be/36d6aXFny7M Also, remember that Sikhs player an important role in world war I and II. Where Sikhs chose not to wear a helmet and stick to our Guru’s path. If Sikhs fear no death in battle what would make them fear it in normal life.

Second thing is the insurance companies always play politics on one or the other thing. If they play all us we should not point fingers on one race.

I don’t really understand your point. Sikh’s have their own gurus, great, but other people may as well. Why should Sikh’s get preferential treatment? You say “If they play all us we should not point fingers on one race.” but the only one making this about “race” is you. We’re living in a society, can you imagine how complicated it would get every every religion or group were given allowances that meant they didn’t need to adhere to safety standards?

The Sikhs have ever right to wear a turban in Canada. This is an individual choice in our free society.

Riding a motorcycle or bicycle is also a choice…..it is not essential that people ride either one.

When such choices affect other people (i.e. higher insurance rates and higher medical costs) then society must make a choice, or those practising their religion must make a choice. Sikhs do have very high moral standards, and thus I assume following the laws of the land would be a priority for them. I wonder what their perspective is on balancing these choicest?

I agree with Ken 100%. The Sikh community does propose to have very high moral standards, as such, when they made the choice to emigrate to Canada they must have realized that the laws of our land would be very different. I am quite sure the Sikhs that have been provided the opportunity to live, work and prosper here knew that they would experience a different set of rules and laws from whence they came. By being granted full status as Canadians they should abide by all of the laws of our land and live within these boundaries. They were not granted citizenship here to change our laws and inflict the burden of higher costs associated with motorcycling or any other endeavour they may choose to undertake.

I have stated before that I am all about freedom of choice, the choice to wear a helmet or not while operating a motorcycle, is a choice we all should be afforded. Anybody making the choice to not wear a helmet should have to sign a waiver acknowledging that should there be an accident with head injuries incurred, there is a maximum dollar value for treatment(s) and rehabilitation costs set out by the government. This acknowledgement would provide proof of their intention to forego the protection of a helmet and allow their insurance provider to charge them accordingly and not pass on their medical costs to those wearing a helmet. The extraneous costs of the possible treatments and rehab could be sought in courts at the individuals expense.

i’m tired of being discriminsted against by our goverment wearing a turban is their choice not a law they are in canada so wear a helmet like everyone else or leave and go back to your country were you can ride without a helmet,the helmet law is all canadians must wear a helmet or no one should have to period