The Winners and Losers of Territory Independent Auto Insurance With Ontario’s provincial election coming up soon, the news media has been full of comments made by various politicians all scrambling for votes. Hot topics that affect virtually everyone such as hydro rates and the cost of auto insurance are often brought up, with everyone having their own version of the perfect solution to fix the costs.

On the auto insurance front, the government promised years ago to lower prices by 15% and has failed to do so. People working with insurance on a daily basis have done study after study on ways to reform auto insurance in order to lower costs, but we’re still waiting. To compound this, media reports regularly claim that insurance companies are making buckets of money on auto insurance in Ontario, especially in the GTA where rates are the highest in the province.

To reduce rates in the GTA, some politicians and commentators have even suggested that we should get rid of territorial ratings based on postal code so you will pay the same price no matter where you live.

While this sounds like a simple way to change auto insurance, would most people benefit from this change, or would it make the auto insurance situation worse for millions of Ontario residents?

District: One of The Strongest Predictors of Claims Risk

Before diving into the numbers, it’s important to remember some of the fundamental principles about insurance. Because nobody is able to see into the future with absolute certainty, insurance companies use actuaries and statistics to predict who is likely to file insurance claims.

Insurance companies are permitted to use certain variables when calculating rates and aren’t allowed to use others. Insurance companies are allowed to use variables such as your age, vehicle type and use, gender, driving record and where the vehicle will be used to set your rates. Factors such as credit score, or if you have been involved in a not at fault accident are not permitted to be used for calculating your auto insurance premium.

District or territory is one of the strongest variables predicting the amount of money insurance companies will have to pay out in claims, and removing this variable would mean that your premium would be less correlated to actual risk factors.

Should All of Ontario Have to Pay for the GTA’s High Claims Rates?

Over the last 5 years, auto insurance rates in Ontario have averaged $1501 per year, with only 3 statistical regions in the province paying a higher premium than that, all of which are in the GTA or close to the GTA. Removing the geographical rating variable would mean that individuals living in regions where their claims costs are less than half of the GTA would have their insurance premiums increased by almost $500 per year to subsidize the cost of auto insurance for people living in high risk areas.

In fig. 1, you can see that average auto insurance rates for each region across Ontario correlate directly with claims costs. It makes sense that insurance companies pay out more in claims in Toronto, because claims are mostly the result of auto accidents, and the more cars you have on the road at the same time, the more accidents occur, resulting in more claims and higher auto insurance rates in the GTA.

A geographical look at the correlation between auto insurance rates and claims costs for each region across Ontario:

In addition to a higher number of accidents in the GTA, the area has also been rife with insurance fraud over the past few years. Organized auto insurance fraud rings have been cashing in on everything from the accident benefits provided by your policy (SABS) to inflated auto body repairs. Fraud in the GTA costs the insurance companies hundreds of millions of dollars each year, which are then passed on to the individual policyholders.

How Can Ontario Reduce the Cost of Auto Insurance Fairly?

Technology has also come a long way from the days when auto insurance first became mandatory, and we have solutions such as telematics based car insurance that allow companies to reward good drivers. A regulatory environment which would allow companies to build upon the basics of telematics to provide even more granular rating systems would be a step in the right direction. We have to remember the basic premise of insurance is that your premium is representative of the risk, and separating premium from risk means that there will be definitive winners and losers where some people pay to little, and some people pay far to much.

Auto insurance can be a confusing topic, rife with myths and a lack of data based discussion. It’s important that as we all work towards making insurance better, we keep the ideals of fairness and equality front and center in our discussions, and focus on keeping insurance premiums representative of the risk.

The way auto insurance is being calculated for automobiles is done to get as much money as possible from we the people, this is a fact. Insurance based off the individual and cost of repairs to the individuals automobile should be the only factors allowed for auto insurance corporations in Ontario Canada. This is fair across the board full stop, the insurance companies owners don’t like it because they can’t scam we the people out of our hard earned money. Statistics can be and are being made to manipulate the higher costs of insurance, fact. Using the individual and cost of repairs, how things were done, should be made law.

That’s right Antony, Canada has one of the dumbest systems for insurance rates. We should be paying for OUR INDIVIDUAL record and not get clumped into a postal code and pay for other peoples mistake! Have you opted for the ‘X’ gender option on our Ontario driver’s licence? You just might now get a lower 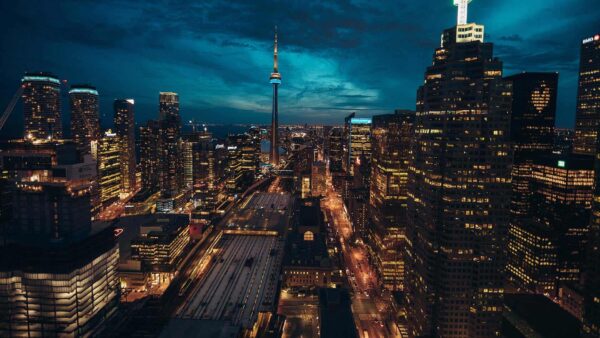 Why Is Car Insurance So Expensive in Toronto & the GTA?

In an April 2017 report, Special Advisor to the Minister of Finance in Ontario, David Marshall, pegged the average Ontario Do insurance companies ever lose money on auto insurance?

…They can and do in Ontario – Here’s proof Auto insurance premiums in Ontario continue to go up, and there’s