Madison Tevlin: Love who you are 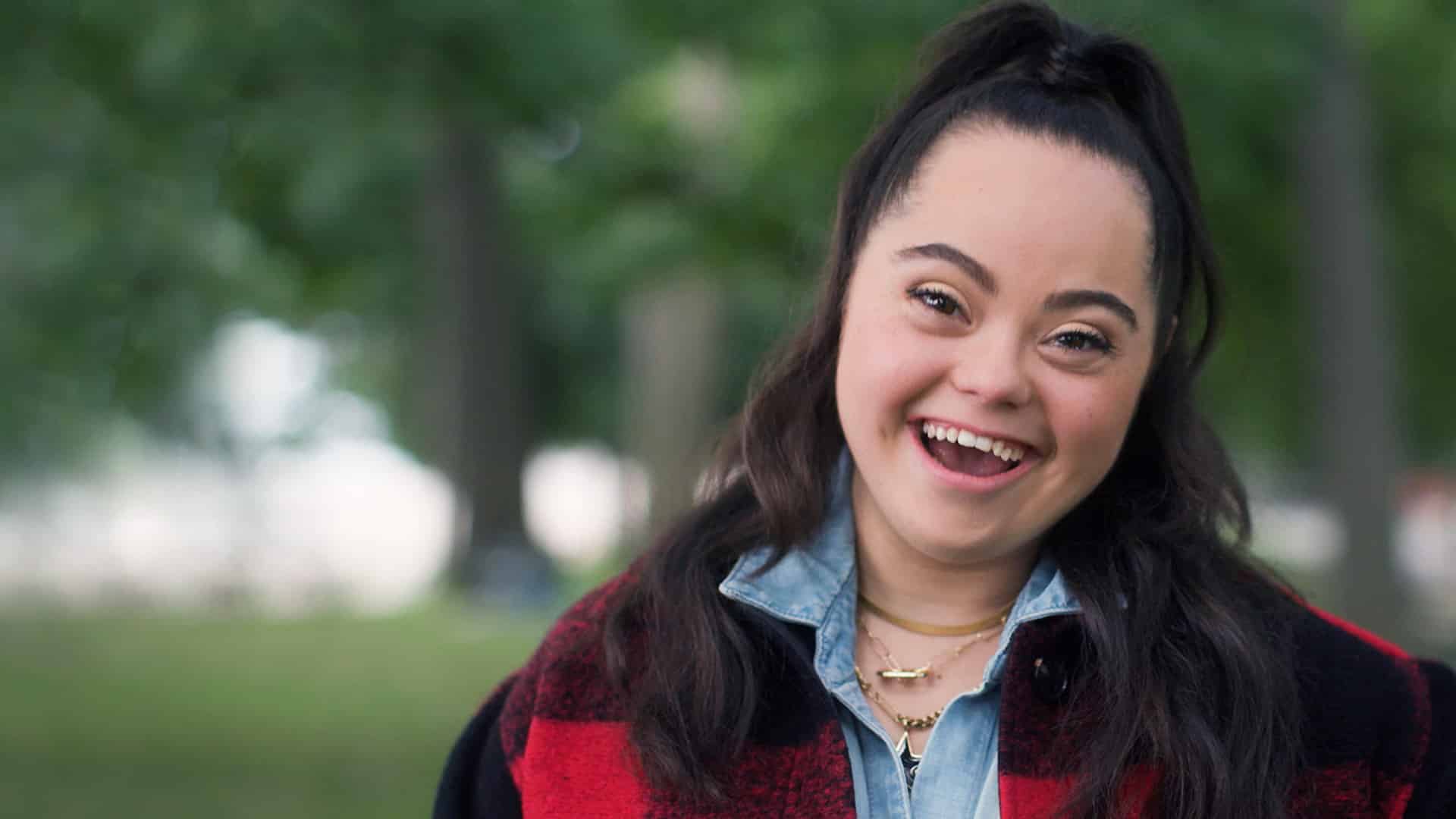 When most people meet Madison Tevlin, the first thing they notice is that she has Down syndrome. But she’s quick to point out it’s the least interesting thing about her. And you know what – she’s right.

A singer, actor, TV host, model and activist, Tevlin has been working to change perceptions around Down syndrome and her own abilities … well, pretty much her entire life. When she was born, a doctor spoke to her mother about all the things Tevlin may never be able to do like walk, talk or function in society. But challenges were made to be overcome, and that’s what she has done and continues to do.

She first gained widespread attention in 2015 when, at the age of 13, her parents uploaded a video of Tevlin covering the John Legend hit “All of Me.” Singing is difficult for those with Down syndrome and the inspiring clip went viral, racking up over eight million views and receiving love from Legend and other celebrities like Ashton Kutcher.

Since then, Tevlin has used her growing platform to break stereotypes around Down syndrome. Earlier this year, she also hosted a new CBC Gem series called Who Do You Think I Am? that sees her connecting with others who have been misperceived and misinterpreted based on their appearance.

We spoke with Tevlin for Mitch Magazine about loving who you are, changing perceptions and giving others a voice.

What drives you to keep shattering people’s expectations about not only you but all individuals with Down syndrome?

When I was younger, I never really knew what Down syndrome was and what people thought of me. I was just living my life as me. The more I learned about Down Syndrome, the more I wanted to share that I was interested in so many things that people wouldn’t expect, or even think I could do. I want people to see that just because someone might think of you in a certain way, doesn’t mean you can’t work on just being yourself.

How did the idea for Who Do You Think I Am come about and why were you excited to lead this project?

Well, for those who don’t know me, I’m a big talker and love asking lots of questions so that I can get to know who people really are. I was talking to my friend Sylvia who is a producer, and I told her I was really frustrated that people kept judging me for how I looked. She said she also felt the same way, which really surprised me. I had no idea other people felt judged. So Sylvia and her company brought the idea to life, filmed two pilots and then CBC bought the show.

What are some lessons you learned from hosting and interviewing so many remarkable people on Who Do You Think I Am?

I learned that we all are different and special in our own ways, and that it’s important and okay to express ourselves and share who we really are.

How can we all get better at not judging others based on what we see at first glance?

It’s very easy to judge people, so I think we should all try to really think before we say something out loud. If we stopped judging people for the way they looked and really got to know people, we’d see that we all have way more in common.

In your social media videos, you talk about how people should be proud of and love who they are. What advice do you have for anyone who’s struggling to do this?

We’re all different, so speak up for yourself and don’t be afraid to be yourself. I want to inspire people to realize that anyone can shine and do the things they love to do.

You’re a singer, actor, host and activist. What do you love about being able to wear so many different hats?

I love doing so many different things because It keeps me busy, and I get to meet so many interesting and fun people that inspire me to keep chasing my dreams.

What tips do you have for people looking to try new things and share their work with the world but are wondering how to get started or may lack confidence?

We need to believe in ourselves and have confidence that we can do anything we put our minds to and just go for it. When I first did my cover of “All of Me” it was just supposed to be for family and friends. But when it went viral so many people were inspired by it, and we were all so surprised. So sharing things that scare you might help someone else.

What’s next for Madison Tevlin?

There are so many more things I am looking forward to doing to empower more people with diversity and inclusion. I would like to continue with my acting and I am also signed with a modelling agency exploring beauty and fashion.

What’s your impression of insurance? Is there anything you’d like to see changed about it?

I don’t really have much to do with insurance, but my Mom does. She’s really grateful that we have great insurance because having Down syndrome does mean that I’m at higher risk for needing different kinds of care, and we’re able to get it because of that.

You can follow Madison Tevlin on Instagram here and stream Who Do You Think I Am? on CBC Gem here.

Way to go, Madison! As the parent of differently abled person, it’s nice to see you enjoy the success you have. Keep it up!