What auto insurance company is the best in Ontario for young drivers? Turns out the answer is different depending on whether you’re a man or a woman. For female drivers 25 and under, Aviva has the best average premiums. For males, it’s Intact. But it gets even more complicated than that. We ran quotes for 12 young drivers in our quoting system, and seven different insurance companies had the best rate for at least one of them.

Finding the best auto insurance company for young drivers is no easy task. The first thing you need to know is that insurance companies see young men very differently than young women. So we created 12 different fictional driver profiles, six men and six women, all 25 or younger, and ran quotes for them. As suspected, the story was a little different for men than it was for women.

For males aged 25 or under, we found that Intact Insurance has the best rates, on average, in the province. For females in the same age bracket, Aviva Canada offers the lowest average auto insurance premiums. But that just scratches the surface of what we learned.

Before we go on to share the details of our study, it’s important to note that there’s much more to determining the best insurance companies than just price. We focus on price here because it’s the one factor that definitely varies by age. Check out our Best Insurers blog post, where we talk about other factors like service and claims experience, and share Google and JD Power ratings.

Here is how our top auto insurers stack up against each other when it comes to prices for young drivers.

In order to be a useful ranking, we had to generate separate lists for men and women, and for high-risk vs. regular market insurers.

High-risk insurers are ranked separately because the nature of the customers they take on (drivers with a history of non-payment of premiums, at-fault claims, tickets etc.) means that their premiums are naturally higher than those of regular market insurers.

Rankings for male and female drivers are separate because young men are statistically much worse drivers than young women, and are viewed very differently by insurance companies. This difference fades with age, and all but disappears by age 25.

How we came up with the rankings

There are a number of ways to evaluate insurance companies. You can base it on how easy it is to get a quote and buy a policy, reviews of their customer service, or the experience of policyholders who have had to make a claim. Because in this case we are talking about how insurance companies cater to a particular market, the only way to reliably rank them is on price, as that is the only factor that is significantly different for young drivers.

So to determine how insurance companies perform in terms of pricing, we created 12 fictional driver profiles, six men and six women, and ran quotes for each of them. Although the drivers are made up, the prices we generated accurately reflect what someone with similar circumstances (age, gender, location, driving record) would pay in the real world.

Just to make sure we compared apples to apples, all of the quotes were based on the same coverages, policy limits, deductibles and discounts, as follows:

We ran quotes for the following young male drivers:

And here are the quotes. Note that Zachary was not included when we calculated average premiums, because his record makes him a high-risk driver, and so his best quotes are from high-risk insurers.

Intact is the clear winner with young male drivers in the regular market. They have the lowest average, offer the best quote for two drivers, and they are no worse than fourth on any profile. But if you’re Riley (G2 driver), Intact will cost you 28% more than Aviva.

We ran quotes for the following young female drivers:

2 Non-binary or gender X drivers are rated as males, then as females, and are given the lower of the two rates. For young drivers, this effectively means they are rated as females.

And here are the quotes. Dalilah was not included when we calculated average premiums because the best quotes are from high-risk insurers.

For young women drivers, Aviva is the overwhelming winner, with the lowest average quote, and offering the best price for three out of six profiles. But if you happen to be Grey or Akilah, you don’t care that Aviva loves young female drivers, because their quote for you is 20-25% higher than the lowest rate offered by another insurer. The moral of the story is that insurance pricing is very specific to the individual, and the only way to know you’re getting the best rate is to get quotes from as many companies as you can.

Will these rankings change over time?

Rankings based on rates are accurate at the time the quotes are run. History shows that some companies remain competitive over years in certain market segments, but exact rates often vary every few months and certainly over a year or more.

The rankings in this piece are based on rates that insurance companies file every quarter with the Financial Services Regulatory Authority of Ontario (FSRA). Not every company changes their rates every quarter, but many do, and they have to justify their new rates with evidence of how much money they’ve spent in paying claims. When a company has a quarter with lower claims costs for a particular market segment, say young drivers, they may reduce their rates for that segment. If their claims go up, well, obviously they will have to collect more premium to cover those costs, and rates will increase.

So the auto insurance market is constantly fluctuating, with some companies lowering rates to attract more of a particular type of customer, and others increasing rates for that same group, just to stay profitable. It’s not likely that one insurer will be the cheapest in a given segment for very long. If they are, and they can make a profit, eventually others will lower their rates to try to mimic their success.

How can young drivers save on auto insurance?

1. Get insured under your parents

All of the quotes included in this piece are for standalone policies, meaning that the person in question is the primary driver on the vehicle. By far the most affordable way for young drivers, especially those under 20, to gain experience is to be listed as an occasional driver on their parents’ policy.

Take Keegan, for instance. He’s 20, lives in Cornwall, and had a conviction for following too close in 2018. On his own, his best rate would be $2,195 with Intact Insurance. But assuming he’s still living with his parents, he could be listed as an occasional driver on the same car for only $917 more than his parents are already paying with CAA (only $339 if he was a girl). This can make an even bigger difference in the GTA, where rates are much higher for young drivers.

Even if you’re a conscientious, safety-oriented individual, you are paying for the sins of every young driver that came before you, because you haven’t had a chance yet to build a 10 or 20-year record of clean driving. This can seem incredibly unfair, especially for young men, who even with a clean record, can sometimes pay three or four times the provincial average for insurance.

The only way for young drivers to mitigate this effect is to opt for a telematics device that measures how you drive and can save you big bucks if you drive safely. To illustrate, we ran quotes for a G1 driver, Erik, whose best rate would ordinarily be $5,051 with Aviva, but if he opted to go with telematics, he would automatically get a 10% discount for signing up with Intact’s “my Drive” program. So his base rate would be $4,672, and could go as low as $3,884 by the end of the policy term if he drove like a saint3.

Important note: If you opt for a telematics program, you’ll have to install a device in your vehicle, or download an app to your phone, that measures things like how much you drive, what time of day you drive, and how quickly you start and stop.

If you’re 50 and you’ve been driving for 30 years, having one speeding ticket or even an at-fault on your record won’t necessarily affect your premium that much. If you’re under 25, tickets and at-faults will cost you dearly.

In the quote examples above, Wren’s best rate, with Aviva, is $7,432. If she didn’t have a speeding ticket on her record, Aviva would still be her best choice, but the premium would be $5,467. That’s an extra 36% she’s paying, for one speeding ticket.

3 Most users save 10%. You’ll only get the maximum 25% discount by severely limiting your kilometres, avoiding rush hour driving, and making sure all your starts and stops are gradual.

Your best insurer is here

We want all Ontario drivers to end up with the insurance company that is best suited to their individual needs. Depending on who you are, how old you are, where you live and how clean your record is, your best insurance company could be any one of seven or more. There’s really only one way to always hit the bullseye. Shop with a licensed insurance brokerage like Mitch Insurance. With 40+ insurance company partners, we’ve got the best insurer for you, regardless of your circumstances. We’re waiting for your call. The Best Insurance Companies For Male Drivers in Ontario

Who are the best auto insurance companies if you’re a male driver in Ontario? The long answer is complicated, but 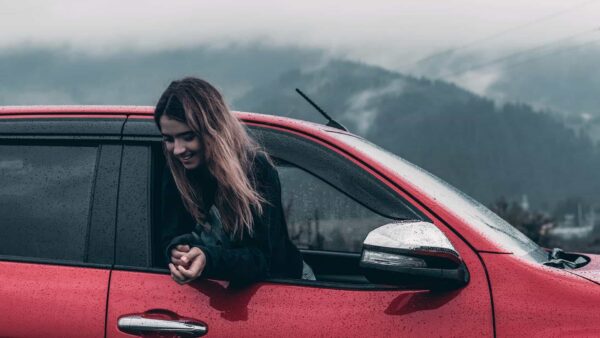 The best insurance companies for female drivers in Ontario

What are the best auto insurance companies for women in Ontario? Well, if you’re going strictly on price, it’s CAA There are more than 40 different insurance companies that offer home insurance in Ontario. It can be difficult to tell